Is Your Airbnb Helping Or Hurting The Local Economy? 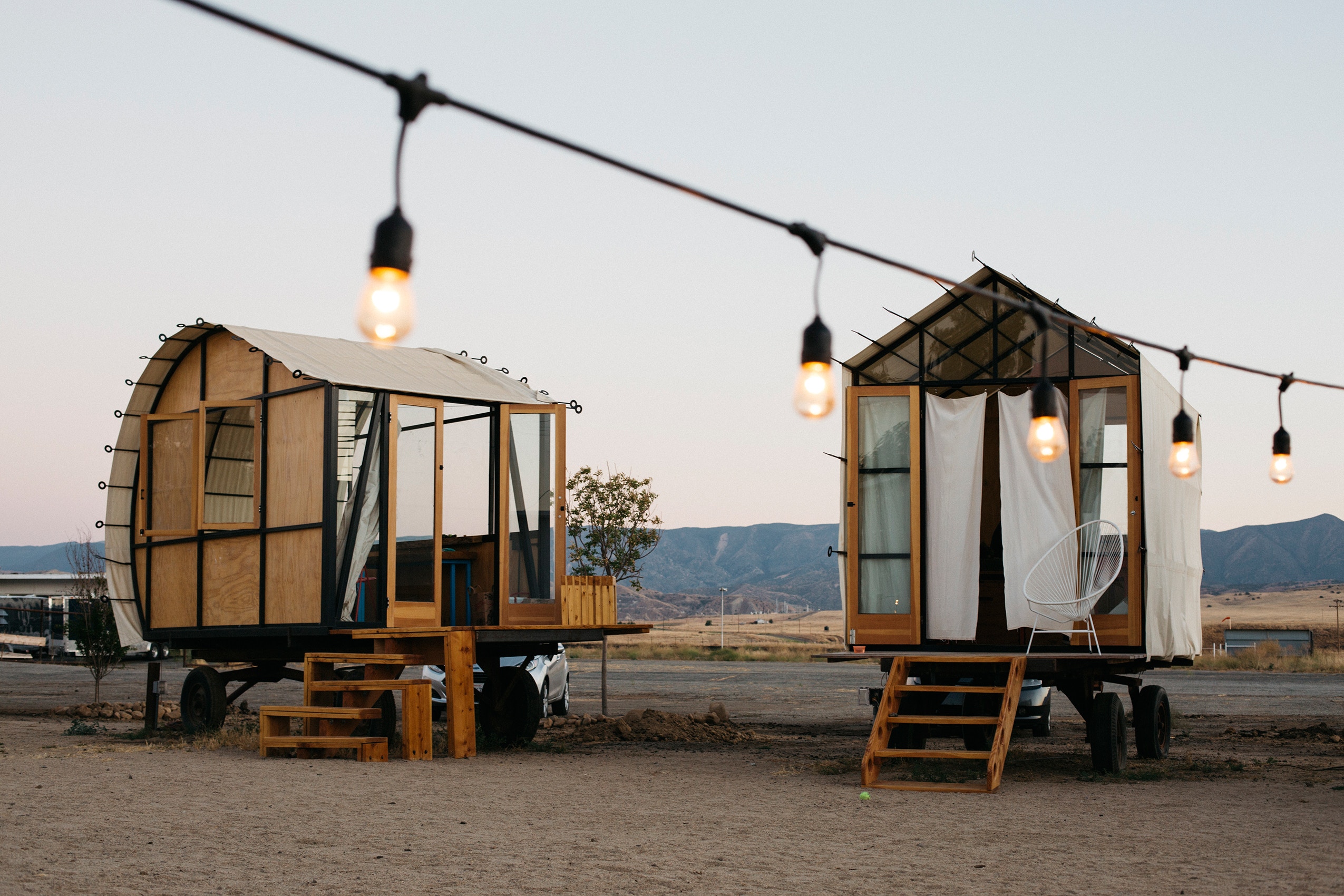 Is Your Sharing Economy Experience Is Helping Or Hurting The Local Economy?

When you explore a destination through the eyes of a local, you often have a much more authentic experience. Isn’t this what most of us are after when we travel? The chance to really immerse ourselves in an environment? To return home with stories of hidden gems, only a true local would know about.

Enter Airbnb: A platform practically designed for travelers to live like a local, by staying in a local’s home.

Companies like Airbnb and Uber redefined the sharing economy experience by turning it into a consumer good. Dare I say it, they even made it sexy. While folks have been opening up their homes to strangers, or picking up hitchhikers for decades, collaborative consumption took on a new meaning after the 2008 economic crisis. What some may have once considered a less-appealing way of traveling was rebranded as chic and adventurous. The economic crash, financially left many folks on the same playing field. The solution was to put power back into the hands of the people, which is why a peer-to-peer economic model suddenly worked so well. This is exactly what Airbnb founders, Joe Gebbia and Brian Chesky did. The pair rented out the floor of their San Francisco flat to sojourners who were passing through during a conference. They even served them breakfast to sweeten the deal! Since then the company has expanded across the globe and given travelers a chance to stay in some pretty epic places. You want to stay in a treehouse in Bali? No problem! Airbnb can arrange that. 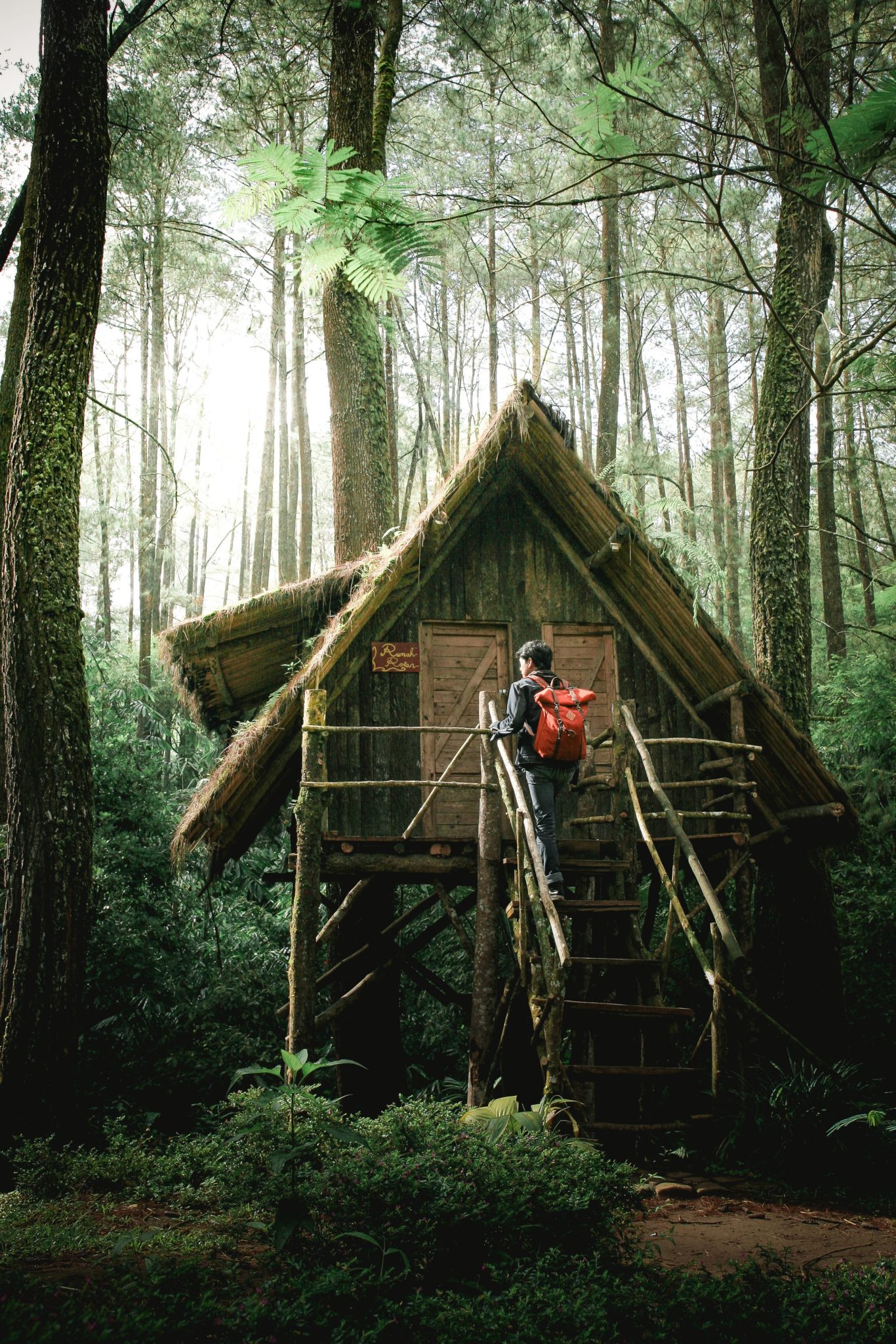 A guest entering a treehouse. Photo by KIMO on Unsplash

I’ve personally had amazing experiences staying in an Airbnb. I’m still friends with some of the hosts I’ve stayed with. My most memorable stay was with an adorable older couple in Corfu, Greece. They fed me and my travel companion, drove us around, and made us feel unbelievably welcome. One of the owners even shared how her grandmother was a refugee from Turkey, who migrated over to Greece by herself at the age of nine. Her grandmother was taken in by a local family and grew up to be one of the town’s matriarchs, owning several businesses in the old town. A pretty incredible story to say the least.

During another stay in Norway, I had a really meaningful conversation with my host about community, politics, and spirituality. It really shaped the way I explored the rest of my time in Norway.

Overall, booking a homestay is must in my book and Airbnb is a great company to do it with. Recently, they started to offer social impact experiences, which is great because it gives travelers a chance to be more connected to social causes.

But in the words of Uncle Ben, “with great power, comes great responsibility.” Not all homestay options have a fairytale ending.

As Airbnb has grown into a $30 billion dollar company, it’s outgrown it’s homegrown status. The median rent has increased in cities across the world as a result of Airbnb’s rapid growth. In places like, New Orleans, where recovery from Hurricane Katrina is ongoing, many of the properties being rented out are no longer owned by residents and it’s forcing locals out. 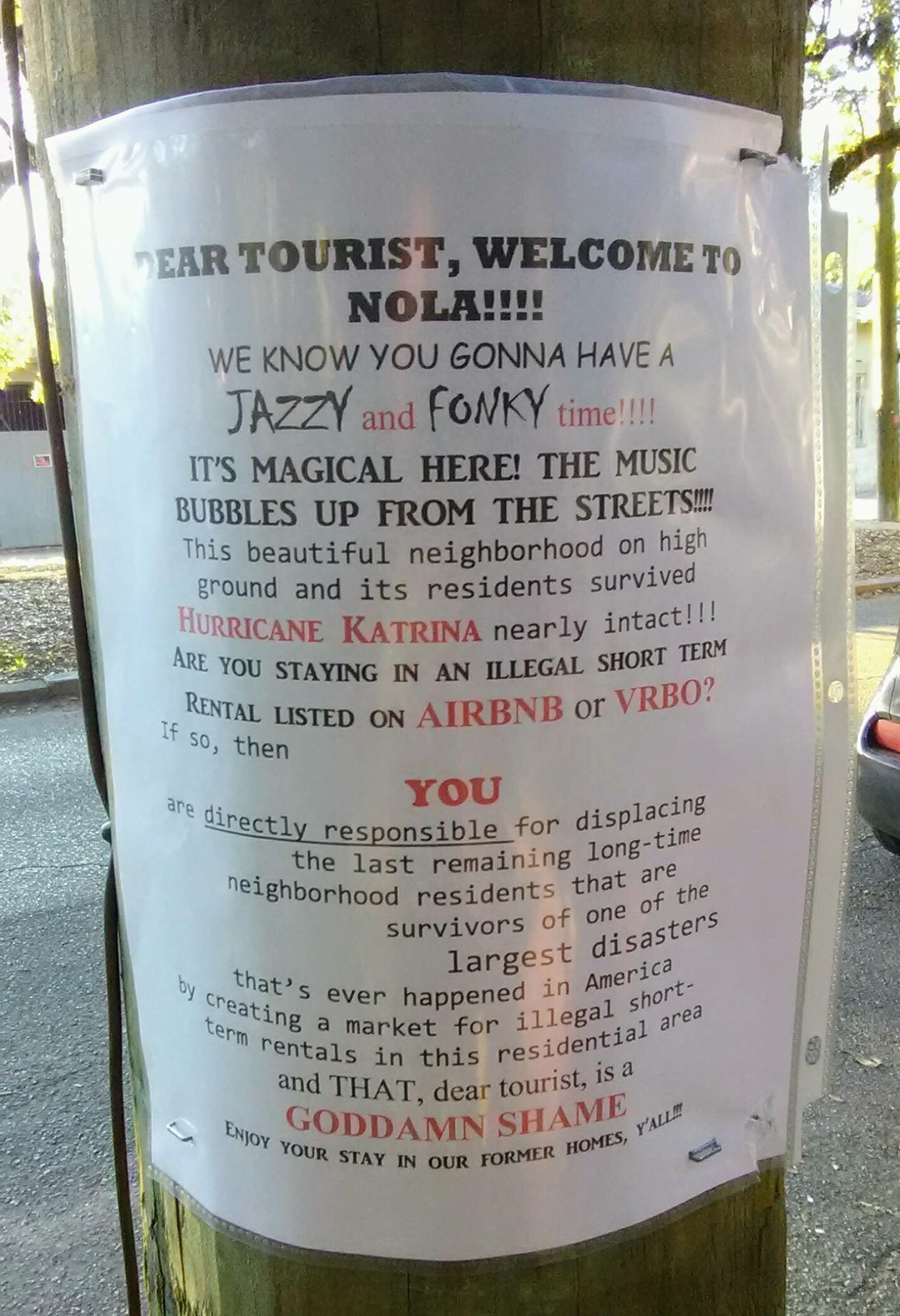 A sign in New Orleans warning tourists about the problems of Airbnb. Photo courtesy of Roman Palitsky.

This phenomenon is happening around the world and in places where the structural integrity is already precarious. Take Florence, Italy for example, 20% of the houses in the historic center are listed on the Airbnb’s site. Due to this, there is concern that the locals are being pushed out of their homes because they can no longer afford to stay.

While these examples may be discouraging, they don’t mean you should break up with the sharing economy. After all, it ultimately allows us to be more connected with each other. But like any new technology or movement, it takes time to fully understand and to see what works and what doesn’t.

Here’s our checklist (for now) for determining whether or not your sharing economy experience is harming or helping the economy.

In general, ride sharing is a trend we can get behind. This kind of gig-empolyment gives freedom and flexibility to the car owner and puts money directly in the hands of the driver. However, there are still a few factors to look out for before opening up that app. 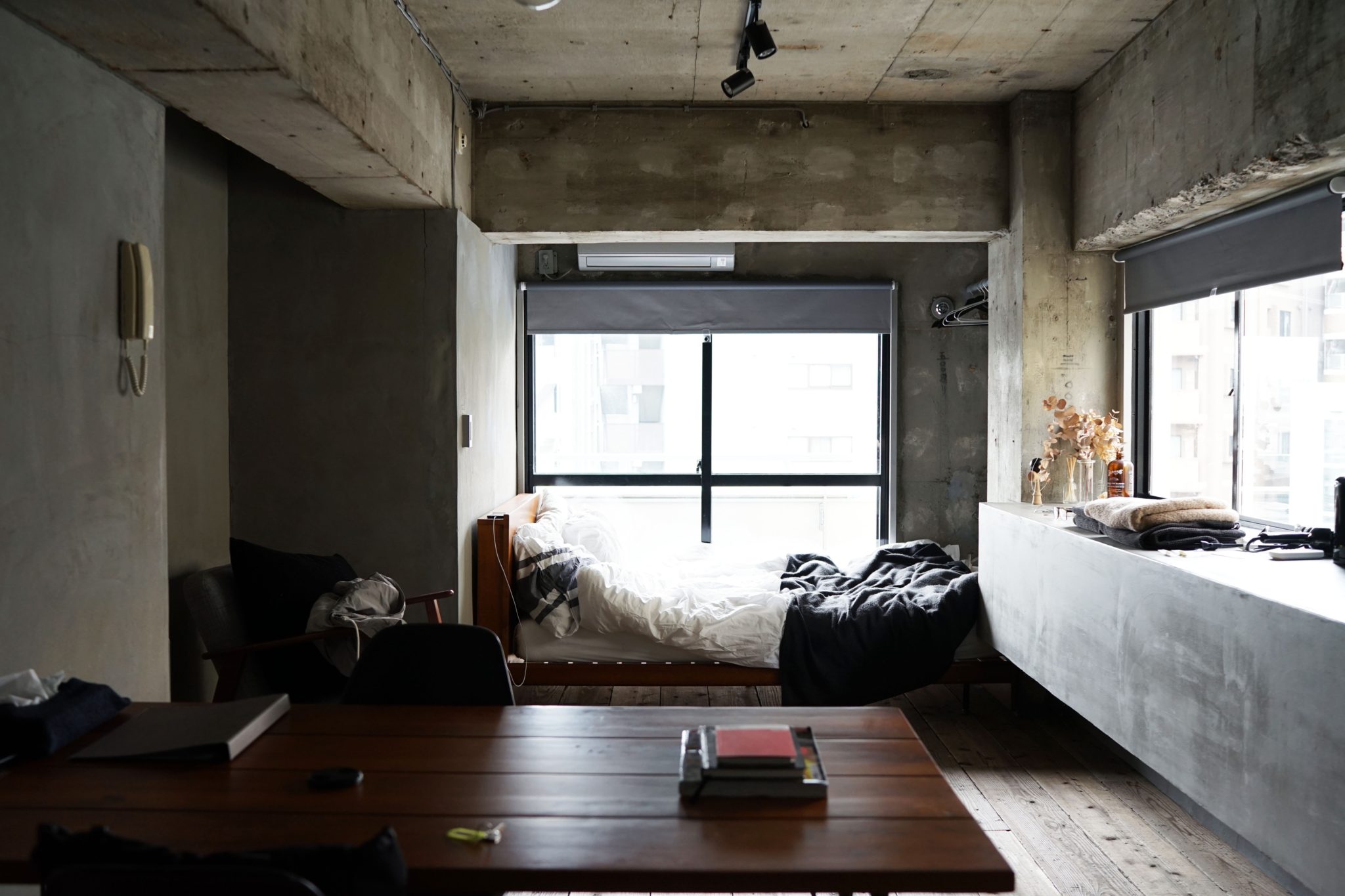 A home in the city. Photo by Joseph Albanese on Unsplash.

At the end of the day, there’s a lot of nuance to this issue. As always, do your best to research and examine the situation. Make a decision that resonates with you and your values.

Do you have an example of a sharing economy experience that helped or hurt the community? We’d love to hear from you! 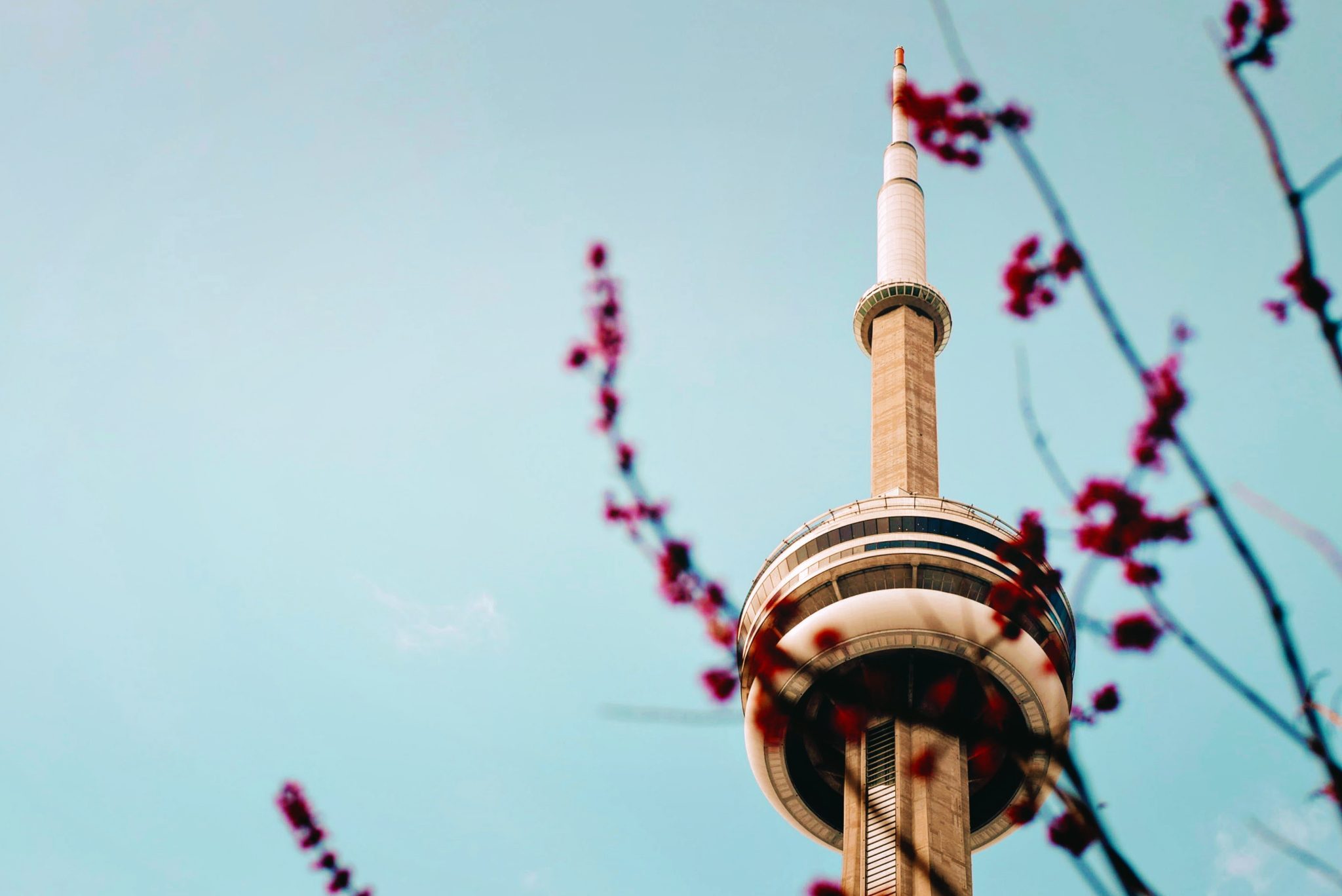