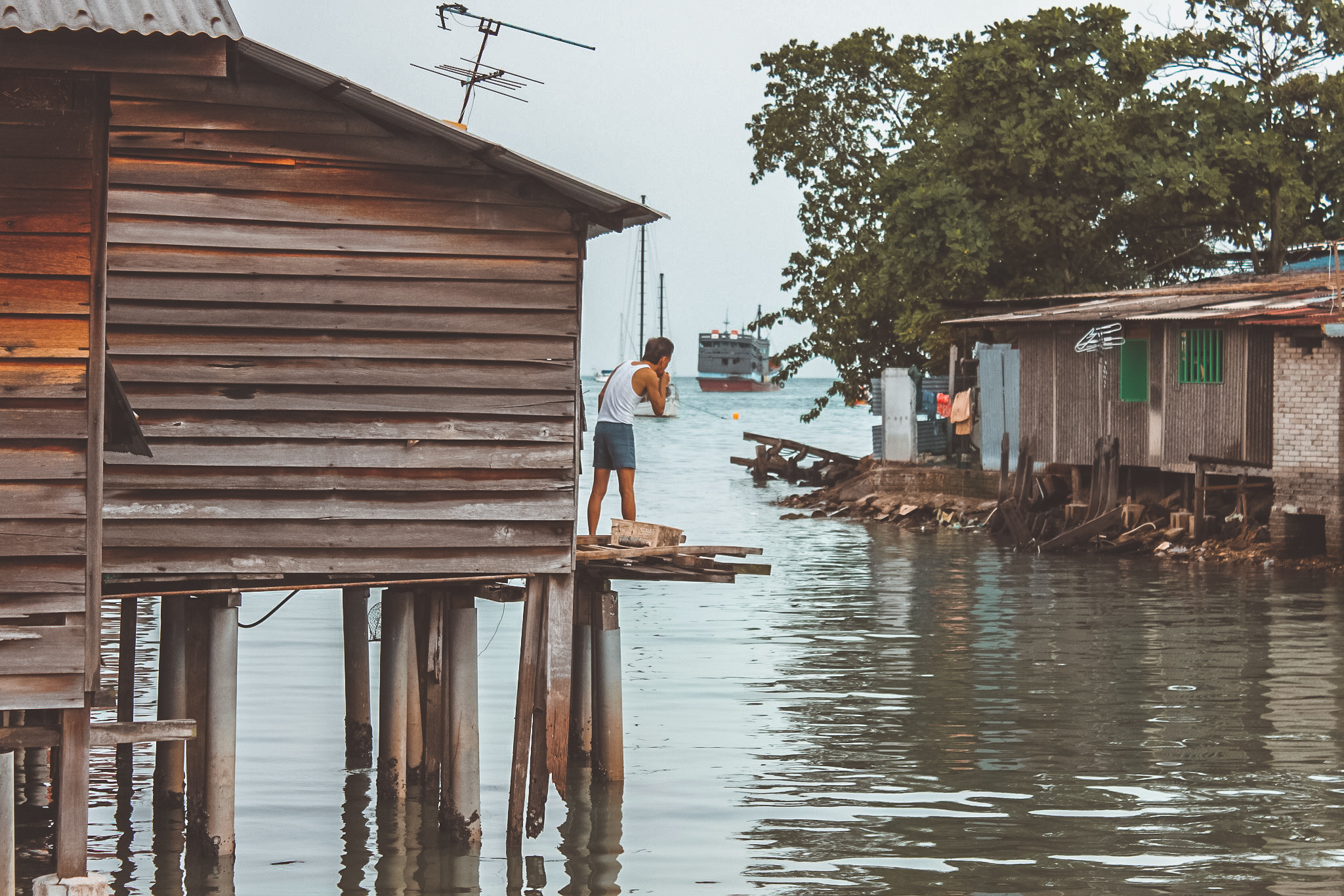 Exploring the cultural hub of Penang

Penang is the kind of place where locals pass the time outside their small Bottegas, filled with snacks and knick-knacks. Motorcycles whizz by, and fresh flowers and fruits are never far away. The sights and sounds of Penang make it an exciting place for anyone to visit. This southeast Asian country has an ideal tropical climate that includes rainforests, giant caves, beaches, and impressive mountains. Penang, a city on the Malay Peninsula in West Malaysia, embraces a modern flair while keeping its colonial traditions. With moisture in the air and beautiful buildings around every corner, Malaysia booms with culture and cuisine.

Here are some of the city’s most interesting cultural features. 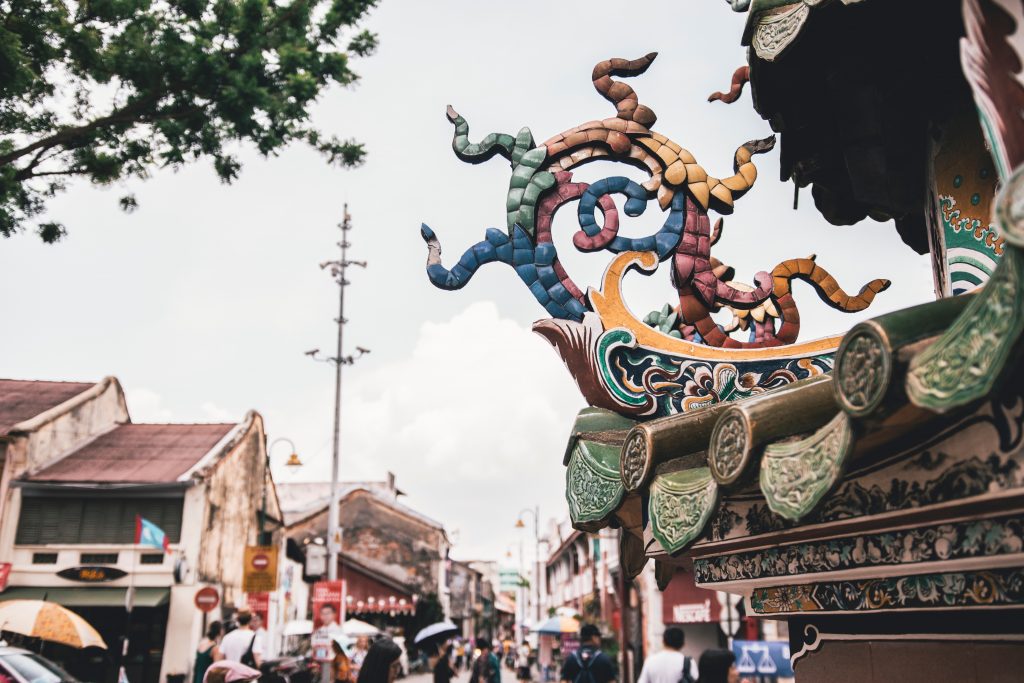 Penang’s capital, Georgetown, was named the 2008 UNESCO World Heritage Site because of the island’s well-preserved heritage buildings. Many of the buildings harken back to Great Britain’s occupation from the end of the 18th century. The mix of the country’s colonial past and present-day cultural fusion is evident through its narrow roads filled with ornate temples, old-fashioned mansions, Chinese shops, and artisan boutiques. I went on a walking architecture and heritage tour, which was a great way to take in the history and learn more about the city’s complicated past. Considering just how much incredible architecture there is in Malaysia, and how much history and significance there is behind it, a tour is a great way to stay informed, take in some amazing sights, and play tourist all at the same time. 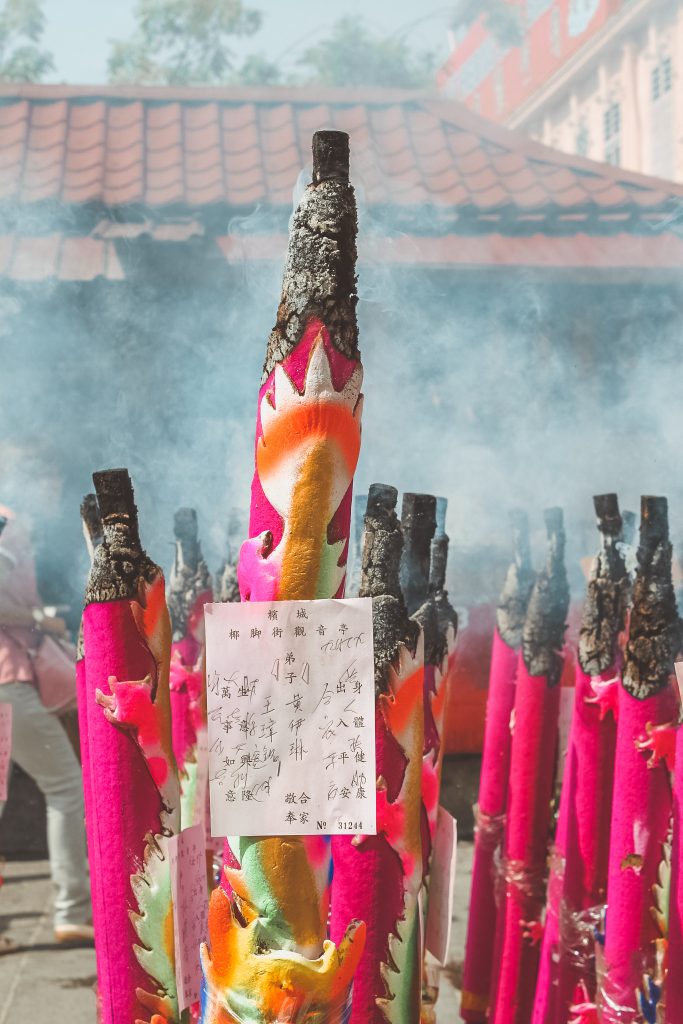 If you’ve never visited a temple before it can be a unique and inviting experience. One of the temples to visit on Armenian Street is Hock Teik Cheng Sin Temple which is topped with ornamental dragons and has a rare bungalow-like layout. The temple is known for its symbolism of the value of community and is considered a Taoism treasure.

The Leong San Tong Khoo Kongsi Temple is ornate with gold decor and is filled with incense. Inside there are depictions of men riding elephants or tigers, rhinos, or dragons. This temple or “clan house” is one of the most decorated temples in Penang and also indicates the extent of Chinese influence in the area.

Kuan Yin Temple – Penang’s oldest temple, was built was built in honor of the Chinese goddess of mercy, Kuan Yin. The classic Chinese architecture has dragon carvings around the stone pillars. While there, I saw red ornamental lanterns with tassels dangling down as decoration and as a symbol of a wish for a bright future. Buddhists walk around outside the temple lighting a bundle of long incense sticks, the burning creates a fog of smoke around them. There were also large, bright fuschia bundles of incense, all burning down slowly at the same time. The incense burning stems from its Chinese roots in temple rituals of clearing energy for prayers. Popular blends are sandalwood with anise, cinnamon and a bit of camphor and rose.

Home On The Water 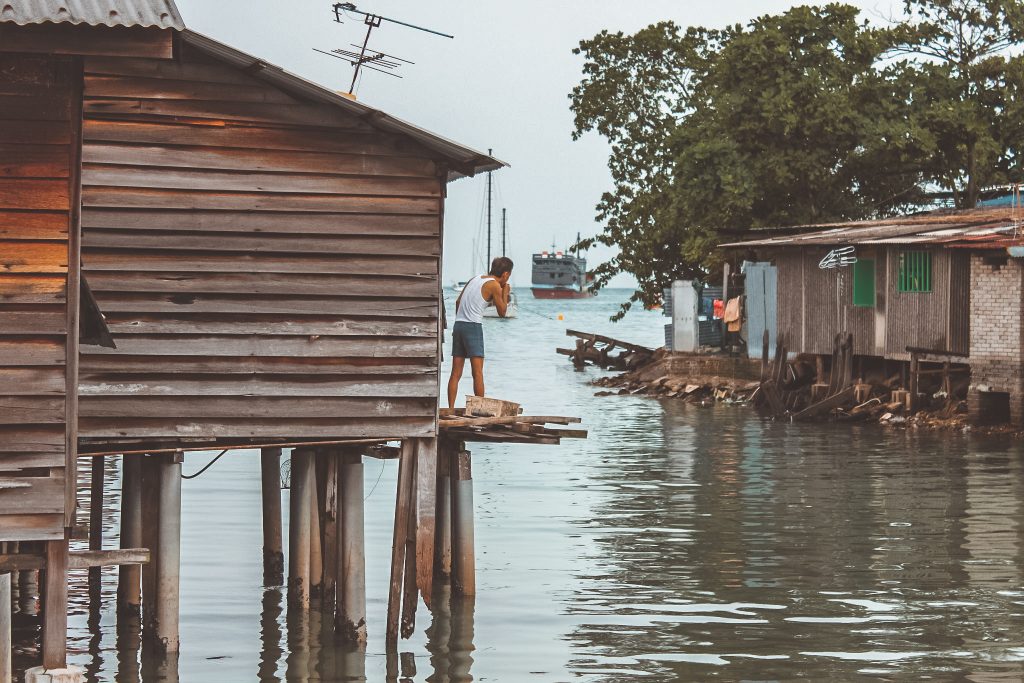 One of the most interesting things to witness in Malaysia are the water-stilt houses. They are unlike anything I’d ever seen before and absolutely made my day. Water houses are practical – made out of wood, they are often built for fishing while providing a place to live. Wandering through Penang, one day with friends, we found these fantastic houses. It started pouring rain so we ducked into a little temple nearby, with no one around and just sat inside and talked about life while the rain poured. It was definitely a highlight of my time in Penang. Part of the wonder of being in a new country is coming across something completely new to you that you’d almost never imagined before, this was certainly that type of experience! 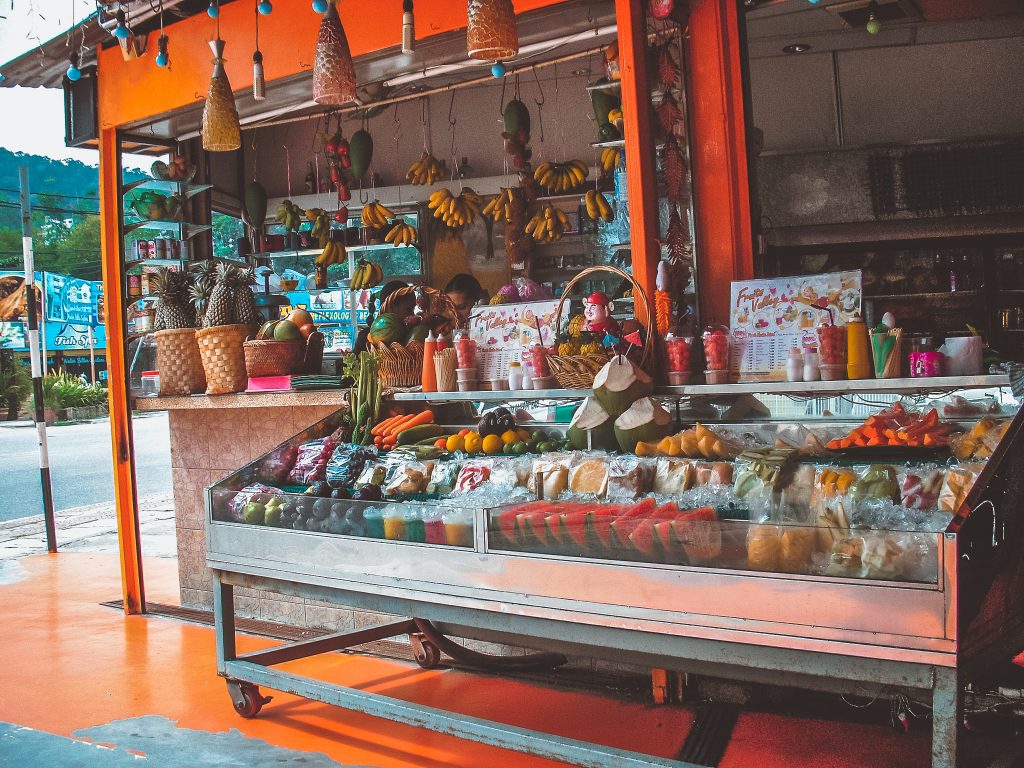 A colorful fruit stand in Penang. Photo by Chelsey Wade.

You can’t visit South East Aisa without indulging in some savory street food. In Penang, you’ll find a mix of Malaysian, Indian, and Chinese dishes. I indulged in some sizzling Char Koay Teow stir fry noodles and dined on spicy fried rice, topped with cucumber and lime served on a banana leaf. There are also lots of street vendors serving fragrant chicken satay dishes with a pile of rice, topped by an egg or the traditional noodle dish, Assam Laksa. For dessert, there’s a chocolate concoction in Malaysia that I tried called Milo. It’s pretty much hot chocolate over ice and it’s delicious! 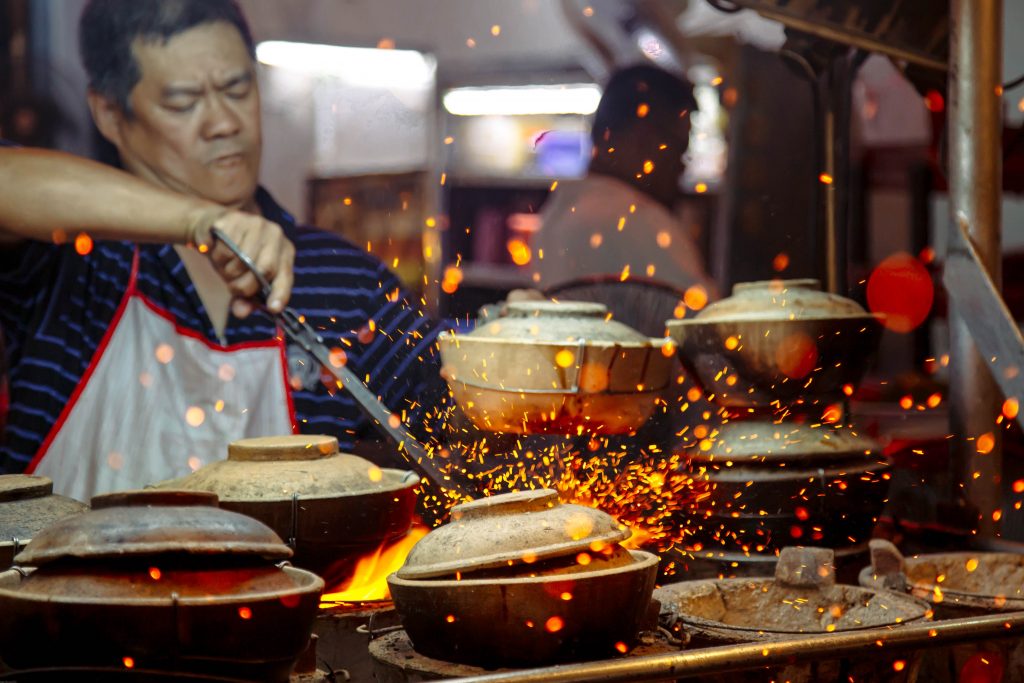 Man at the market. Photo by Ash Edmonds on Unsplash.

Check out the night markets for food-court style eating that offers plenty of options and enticing, savory dishes. You can find night markets every night of the week in Penang, bustling with food vendors and shops with a local and trendy atmosphere. The Batu Ferringhi market is a great place to find more than 100 stalls selling items such as handcrafted accessories, decorative plates, and clothes. 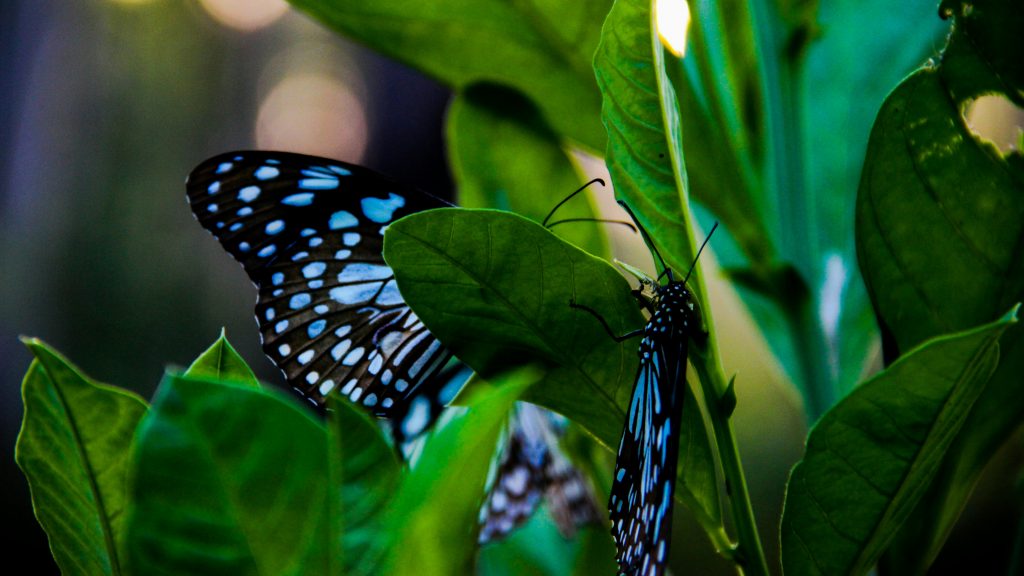 Butterfly garden in Penang. Photo by Haxnorv of Unsplash.

Entopia, Penang’s Butterfly Farm is worth checking out if you are a nature enthusiast. The farm sits at the foot of the Teluk Bahang Hills and is a living garden vivarium. Malaysia has over 1,000 recorded butterfly species, making it amongst the highest of any country relative to the small land mass. The internationally respected center has over 4,000 Malaysian butterflies flying around the outdoor gardens and over 200 species of plants.

Ready to go to Penang, Malaysia? Get started with Green Suitcase Travel. 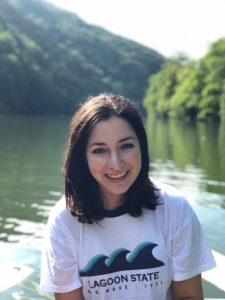 Chelsey Wade has an eye for design and a heart for travel. Searching for good experiences and even better stories, she takes her camera with her everywhere she goes. You can find her singing along to Modest Mouse or cooking up a nice stir-fry. One of her proudest moments is hiking to the top of Table Mountain to see the incredible view of Cape Town. 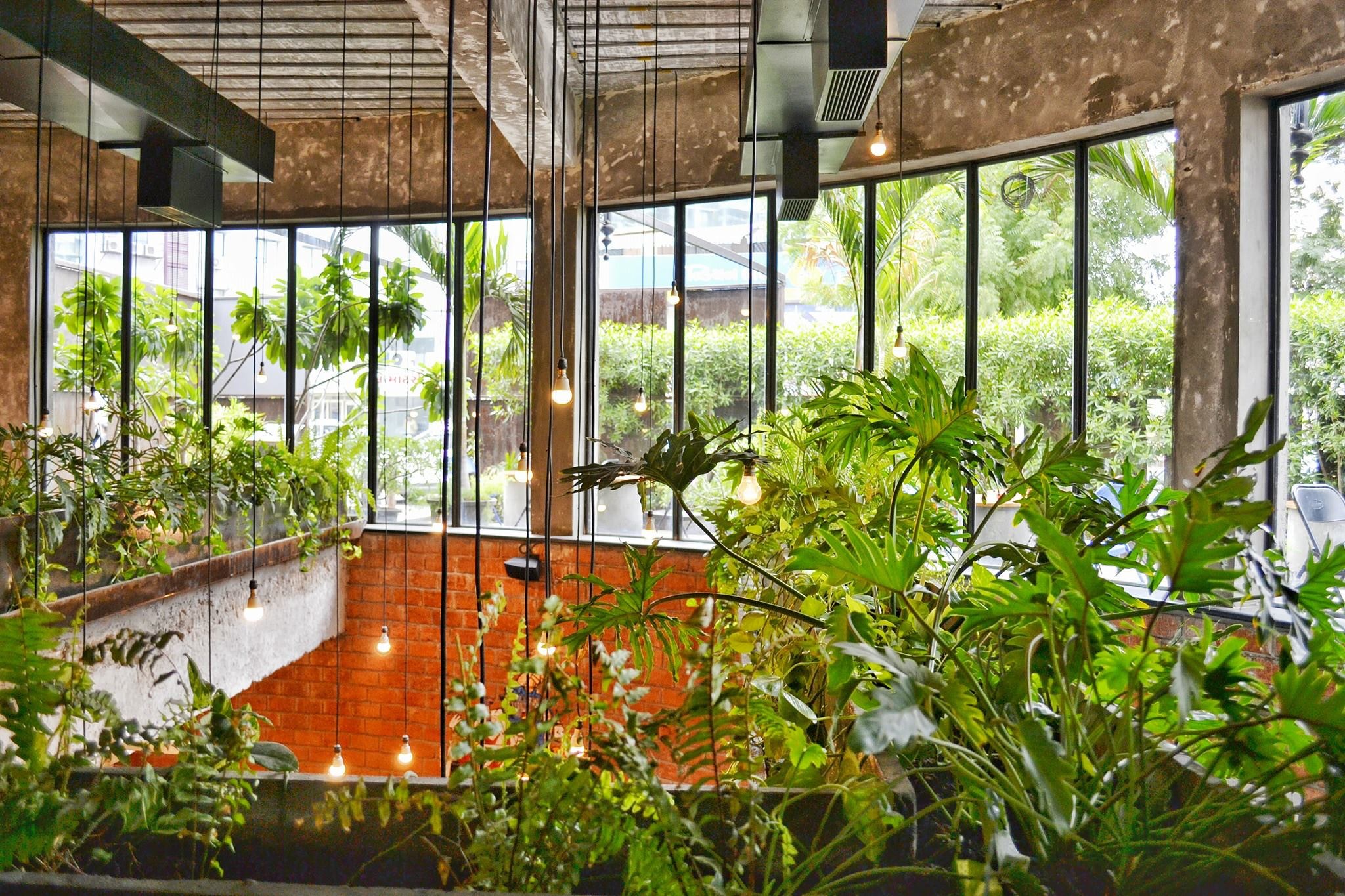