What do Giants, Wildlings, and The Titanic Have in Common? Belfast! 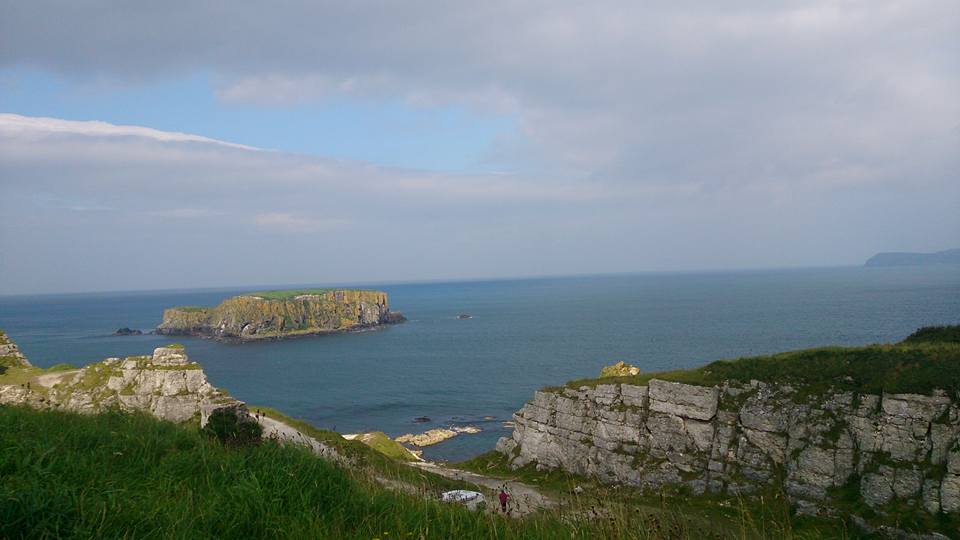 What do Giants, Wildlings, and the Titanic have in common? Belfast!

How Belfast, Northern Ireland is blending its past conflicts with its newly found tourism from Game of Thrones.

Fraught with a violent history of civil unrest, the capital of Northern Ireland is rarely on the European tourist circuit. Belfast is still shaking off decades of a bad reputation for car bombs, overcast drizzle, underseasoned potatoes, and manufacturing of the Titanic (which, as you may recall, didn’t end very well).  But hey! This is the city that reared Liam Neeson and Van Morrison, no less!

I ended up in Belfast for a couple months due to circumstance. For visa reasons I needed to leave the Schengen region of the EU so that I could continue exploring, not washing my hair, and procrastinating on returning to the States to “figure out the rest of my life.”

I spent the bulk of my time in Belfast drinking Guinness at a pub called Filthy McNasty’s with bearded Scottish men in town who play wildlings on Game of Thrones. On other occasions, I spent my time cavorting around the emerald green hills and dramatic craggy cliffs of the Causeway Coast, trying to run into Jon Snow at coffee shops, and practicing the Northern Irish pronunciation of “how now brown cow” with a police officer I was dating.

If I didn’t fall in love with the police officer, I certainly fell in love with Belfast – with its diffused grey light, ornate Edwardian cathedrals — hidden like gold teeth between industrial brick homes–, and communal whiskey-fueled outbursts of The Parting Glass.  As with many of the most compelling cities, Belfast takes time and invested curiosity to capture your affection.  Appreciating the charms and character of Belfast does not require looking beyond its complex and painful past, but rather looking directly at it.

You heard it here first: Belfast is fascinating, dare I say “trendy,” and absolutely worth your visit.

The city is building itself atop its existing foundation.  Still upholding its predominant industries of machinery manufacturing and shipbuilding, Belfast is introducing new contenders into the economy, including tourism, Game of Thrones, and yes, Game of Thrones tourism.

Much of Northern storylines in the popular HBO series is filmed just outside of Belfast. Travelers can go on Game of Thrones tours to visit filming sites like Winterfell, The Iron Islands, and Tollymore Forest.  And, if you visit during filming season, there’s always the chance of running into Jon Snow drinking a pint of Magners at Lavery’s. 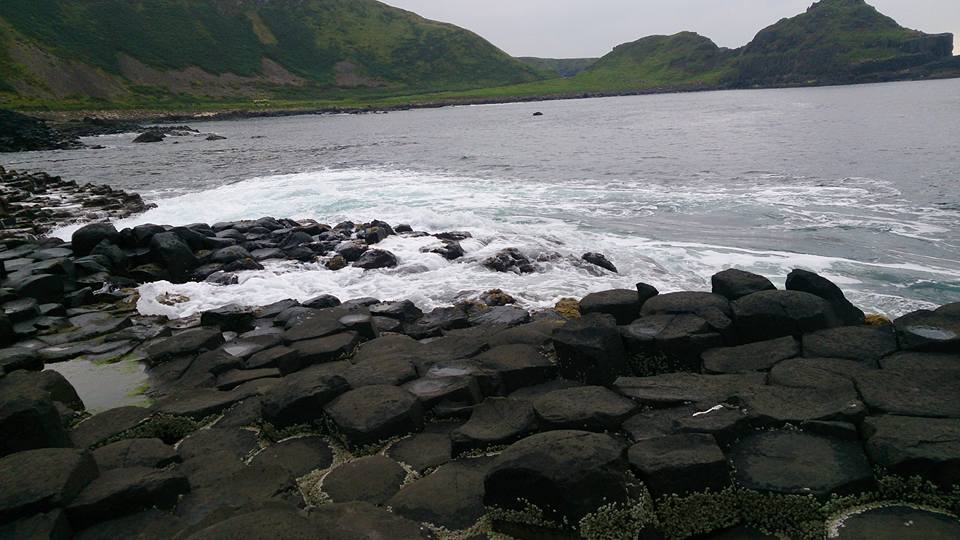 The city has also built tourism around the history of The Troubles, a moniker referring to the decades-long ethno-nationalist conflict in Northern Ireland.  Visitors can book a black taxi cab tour, in which a chatty and well-informed guide will escort you to some of the most significant political murals around in the city. You’ll be “taxied” in a London-style cab (the relative irony of the choice of vehicle will be up to you to gage at the end of the tour).

Harkening back to Belfast’s history at the beginning of the 20th century, The Titanic Museum provides a comprehensive account of the enormity of the vessel’s significance in history along with the labor-intensive ingenuity of how it was built.  While in the Titanic Quarter, be sure to stop by The Dock Cafe, an adorable pay-what-you-can restaurant and coffee shop right on the water.

To scratch the nature itch, Northern Ireland is teeming with jaw-dropping outdoor opportunities, not least among them is the Giant’s Causeway.  Comprised of approximately 40,000 volcanic basalt columns right on the ocean, and at the base of green rolling hills, it’s hard to believe the Giant’s Causeway is real.  A glass of whiskey at the nearby the Old Bushmills Distillery will help calm your astonishment.  And for those looking for a nature experience more accessible to the city of Belfast, the base of the Cavehill trail is just a fifteen-minute bus ride from the city center.

Filled with pubs, restaurants, parks, and art galleries, the city is very pedestrian friendly. It’s easy to fill your days in Belfast walking around and exploring. Start your day at the Botanical Gardens in the Queen’s Quarter, walk towards the city center along the River Lagan, stop in to see an exhibit at The MAC (Metropolitan Arts Centre), and end your evening listening to the trad sessions in the pubs of the Cathedral Quarter (I recommend the Dirty Onion or the Duke of York). 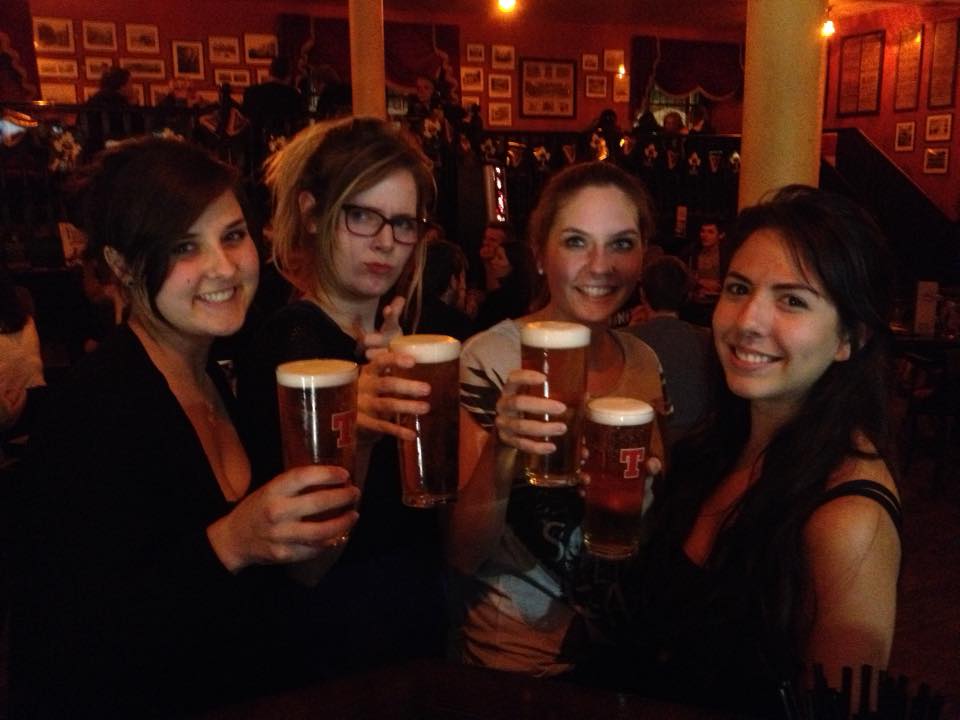 Most importantly, talk to people wherever you go. Northern Ireland is a place with a complex, sometimes divided identity.  Some citizens hold an English passport, some hold an Irish one, and some hold both. Some will insist that there is no enduring resentment between Protestants and Catholics, while others will murmur to you that they don’t feel comfortable in this goddamn loyalist pub.  Ask questions, and listen to the patchwork of strong opinions. You might hear a gut-wrenching story of a family legacy. You might hear an animated account of that joke about the Flannigan twins I’ve been trying to remember for the last year (if you do, let me know). You might have one pint too many and find yourself banging your fist on the table to the beat of The Star of the County Down.

And for the next morning’s recovery, there’s always the full Irish breakfast fry at Maggie Mays.

Cora Boyd is an alumna of the illustrious Hilary Duff’s school of “why not.” With a background in comedy writing and psychology, Cora is a matchmaker, dating coach, writer, and travel enthusiast.  You can catch Cora in New Orleans and other corners of the globe listening to poor quality reggaeton, drinking high-quality IPAs, and complaining about the Gilmore Girls revival. Follow Cora’s antics on Instagram @cobraboyxox. 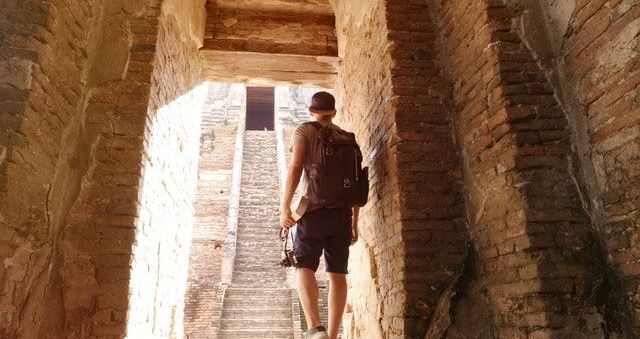